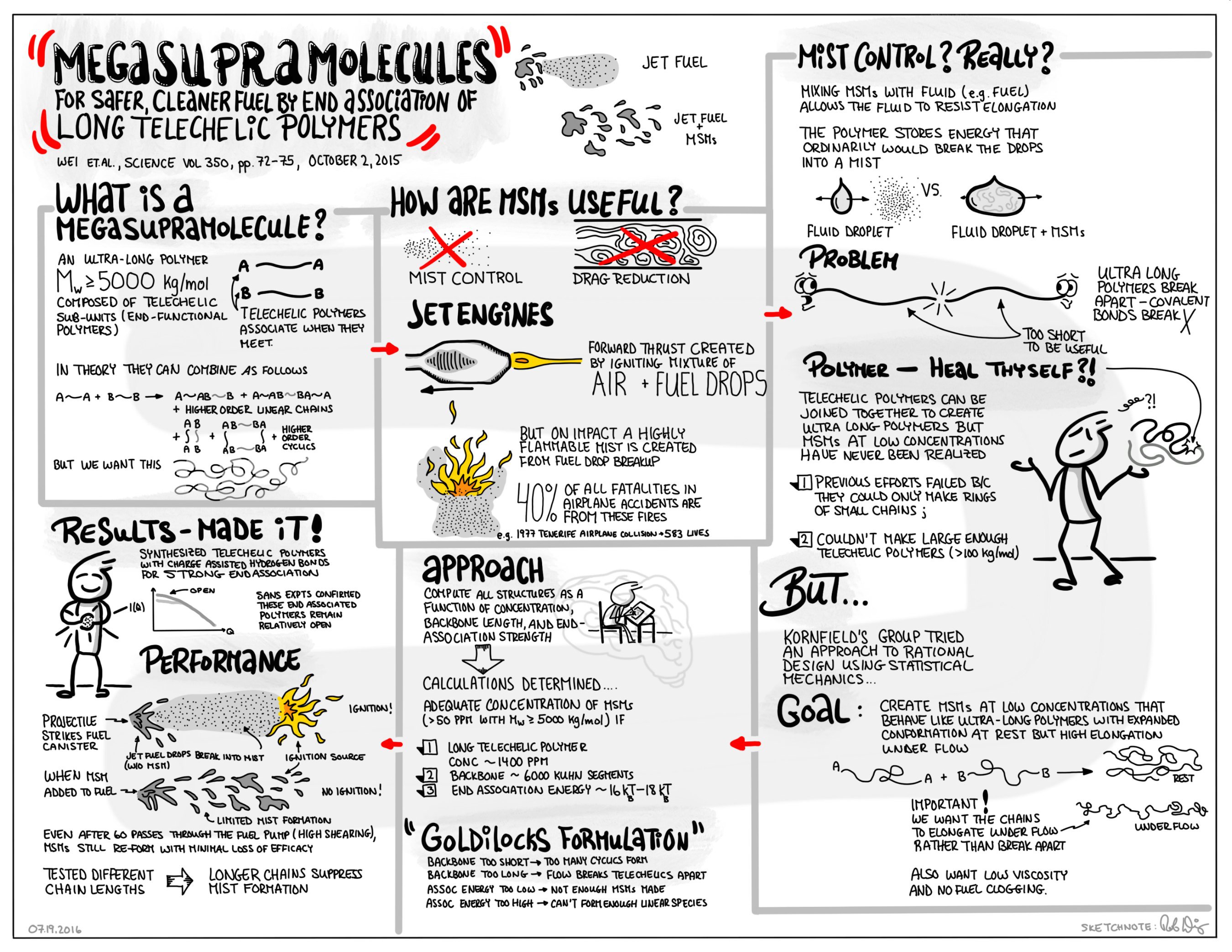 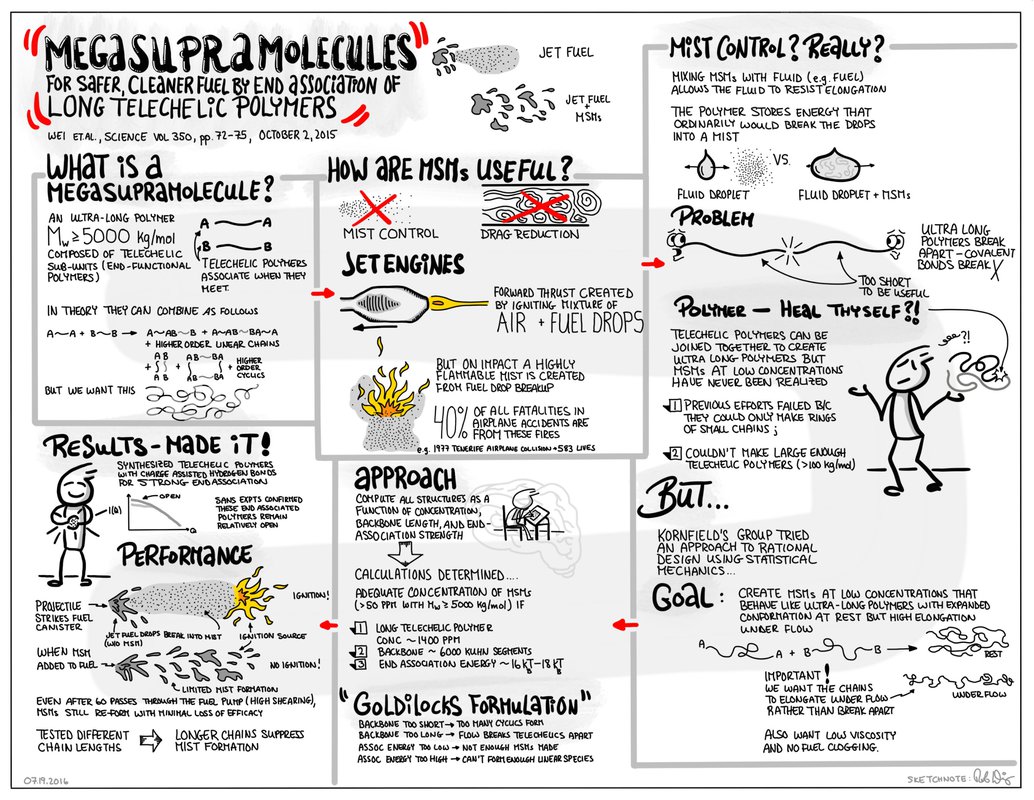 How do these polymers make fuel safer?

What is the mechanism of action for these polymers?

How long is a mega-supramolecule?

How do these polymers affect engine performance?

Diesel with Caltech polymer added was tested side-by-side with the same fuel using the U.S. Disel Engine Federal Test Protocol. Initial results show indistinguishable power output and fuel consumption. Most emissions were indistinguishable between the treated and control fuels.  There may have been a small (1.2%) increase  in NOx emission (p = 0.005).  The one significant effect of Caltech polymers was a reduction in diesel soot formation (particulate matter decreased 11.7%, p = 0.002). In other words, the results indicate that Caltech polymer-treated fuel is just as efficient as untreated diesel—and burns more cleanly.

In what kinds of situations might this additive save lives?

Spanair Flight 5022 (JK5022) was a scheduled domestic passenger flight from Madrid-Barajas Airport to Gran Canaria Airport that crashed just after take-off from runway 36L of Barajas Airport on Wednesday 20 August 2008. The aircraft was a McDonnell Douglas MD-82. 154 people died; six died en route to hospital, one died overnight and one died in hospital three days later. Only 18 people survived.

The plane comes to rest without impact and the fuselage is intact when it disappears in flames and smoke. Evacuating a plane takes 90 seconds. If the fireball hadn't been present, could more passengers have escaped?

On August 27, 2006, about 06:35 eastern daylight time, Comair flight 5191, a Bombardier CL-600-2B19, N431CA, crashed during takeoff from Blue Grass Airport, Lexington, Kentucky. The flight crew was instructed to take off from runway 22 but instead used runway 26. The airplane ran off the end of the runway into a field and burst into flames. The captain, flight attendant, and 47 passengers were killed, and the sole survivor (first officer) received serious injuries.

In this case, the plane again comes to rest without impact with the fuselage intact. Evacuating a plane takes 90 seconds. If the fireball hadn't been present, could more passengers have escaped?

Two 767 jumbo jets crashed into the North and South towers of World Trade Center in New York City.  The South tower collapsed less than one hour after impact, which appeared to trigger the collapse of the North tower. The collapse of the two towers killed more than 2606 people (2195 occupants, 343 fire fighters, 60 police officers and 8 private medical personnel).

Post event analysis by the National Institute of Standards and Technology shows the energy released by the fireball was approximately 50,000MJ per floor of the building—approximately ten times the kinetic energy of impact (4300-6300MJ). The overpressure due to mist burning inside the building dislodged concrete floors, blew out windows, propelled high velocity debris that stripped insulation from the steel beams.  The result: a fire burning multiple floors simultaneously, unlimited air for combustion and unhindered heating of the steel beams.  Fuel pool fires do not cause such damage.  If the mist fire hadn't occurred, could more occupants and rescue workers have escaped?